As a hopeless bibliophile, I have always looked up to authors more than any actor or pseudo-celebrity walking the red carpet today. For me, authors are my version of rock stars. And Maggie Stiefvater can rock with the best of them.

Last night I arrived at the Borders in Novi an hour early (oh the irony in going to an event at Borders on the day they declared they were liquidating all their stores) and it was already PACKED. Luckily, I came to the store early that morning to get a first-group wrist band, otherwise I would have been waiting a long time to get my books signed!

But anyway, after spending an hour chatting with the people seated around me, Maggie made her way to the microphone and proceeded to entertain us with her authorly anecdotes, the first of which was a relaying of the story of how she discovered that Linger debuted as #1 on the New York Times bestseller list. This story included a dead cell phone, her father's ringing cell phone while in flight, and a surly flight attendant.

I don't know why it surprised me that Maggie was so hilarious, but it did. Perhaps because her books are so poetic and intense, that I just expected her personality to be the same. Boy did I misjudge her! She was a laugh riot and had the audience rolling in their chairs.

Once we got to the signing part of the evening, it went really quickly and I felt like such a stuttering little fan girl when I got up to Maggie. What to say seemed to elude me so I just told her how happy it made me to hear that Cole is her favorite character in the series because he's my favorite too. When someone asked her during the Q&A who her favorite character was, I had a feeling she would say Cole. She seemed to treat him with such tenderness in her writing despite the fact that he initially seemed to have no redeeming qualities whatsoever.

Overall it was an amazing evening and if you have the chance to go to a Maggie Stiefvater event, DO IT! I promise you won't be sorry! 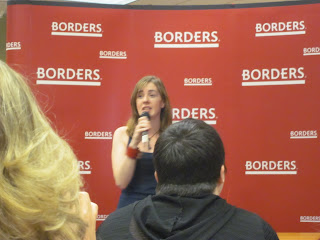 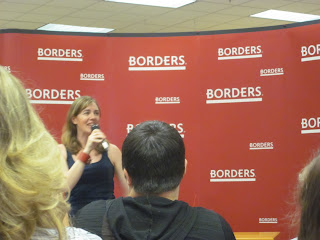 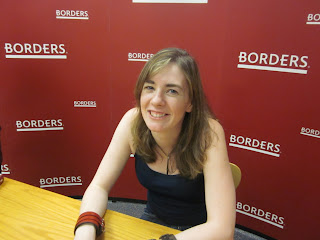 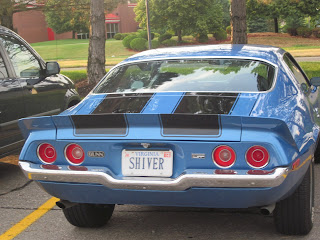 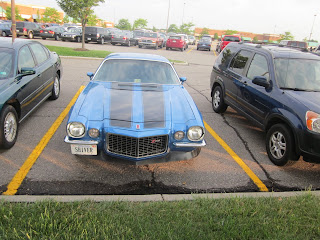 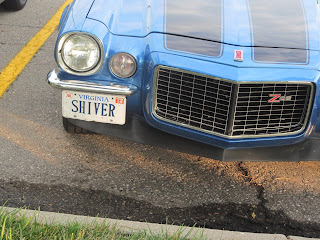 My personalized copy of Shiver 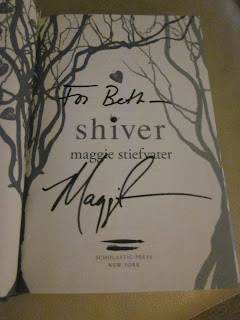 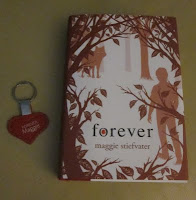 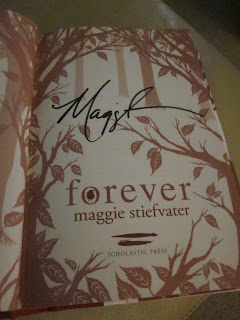 I have a brand new, signed copy of Forever  plus a Forever keychain to give away to one lucky reader.