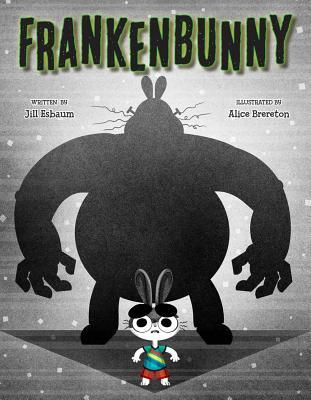 “You know monsters aren’t real, right?”
Brave is easy in the sunshine. Brave is easy near Papa. But can Spencer the Bunny learn to be brave ALL the time—even when his big brothers try their best to scare him?

Spencer the Bunny’s big brothers ALWAYS frighten him with scary monster stories. And the most terrifying beast of all is Frankenbunny, with his crusty fangs, flashing red eyes, and ginormous paws. But when Spencer discovers that his brothers made the whole thing up, he hatches a plan to turn the tables on them and conquer his own fears . . . forever.

Any child who has ever worried about a monster in the closet or felt scared in the dark will love this humorous story about learning to be brave.

Terms and conditions:
Must be 13 or older to enter and have a U.S. or Canadian mailing address
One winner will be selected
Use the Rafflecopter widget to enter

a Rafflecopter giveaway
at 7:51 PM No comments:

I also have a giveaway going on if you're interested in winning a copy.


I finished reading with my ears:

Release by Patrick Ness
If this book had been a straight-up realistic fiction, it would have been a 5-star book for me. But the fantasy element did not feel cohesive to the rest of the story and could have been eliminated completely from the narrative in my opinion.


Picture books that stood out in the pile: 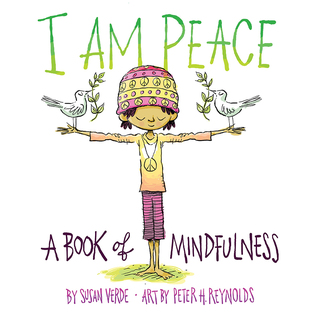 I Am Peace: A Book of Mindfulness by Susan Verde, illustrated by Peter H. Reynolds
Just like with the book I Am Yoga, just sitting down and reading I Am Peace is enough to put your mind and heart at ease. A wonderful sense of calm seriously did wash over me as I was reading this book. 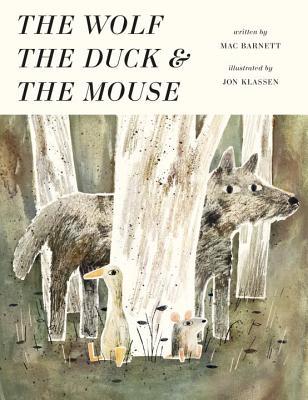 The Wolf, the Duck, and the Mouse by Mac Barnett, illustrated by Jon Klassen
"I may have been swallowed, but I have no intention of being eaten."

And with that declaration, readers will both scratch their heads and guffaw at the ridiculous premise of a duck and a mouse living lavishly inside the belly of a hungry wolf. It is a story that only Mac Barnett could have come up with and that is why it will be so beloved. 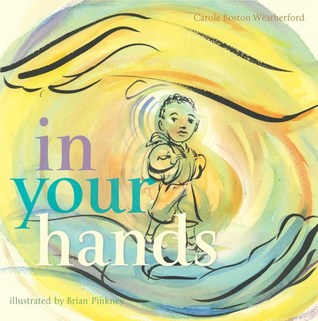 In Your Hands by Carole Boston Weatherford, illustrated by Brian Pinkney
A picture books that speaks to the adults in the room instead of the kids. It is a mother's prayer to God and to the world that they protect and guide her black son as he navigates the dangers and difficulties of a world that will slowly begin to see him as a threat the older he gets. There is no implied message here. It is a gentle reminder to the All Lives Matter crowd that if you can't say Black Lives Matter, then you don't really mean that all lives matter.


Currently (still) reading with my eyes: 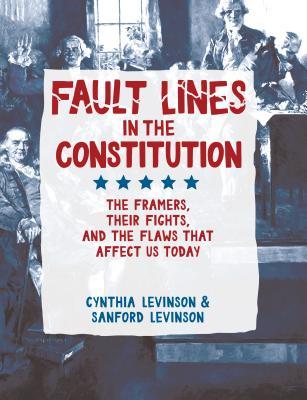 Fault Lines in the Constitution: The Framers, Their Fights, and the Flaws That Affect Us Today by Cynthia and Stanford Livingston

Today I am honored to interview Wendy Orr, author of beloved children's book Nim's Island. She has a new book out by Pajama Press called Dragonfly Song.

The whispers say it’s not true that the Lady’s firstborn died at birth. They say it’s worse—the baby was born with an extra thumb dangling from each wrist. If she’s not perfect, she can never follow in her mother’s footsteps.

Nobody but the old wise-woman knows what truly happened to Aissa, the firstborn daughter of the priestess. If they saw the half-moon scars on the servant girl’s wrists they would find it out, but who would look twice at lowly, mute No-Name? Then the soldiers of Crete come to the island, demanding children as tribute for their god-king’s bull dances as they do every year. Aissa is determined to seize this chance to fight for her own worth and change her destiny once and for all.

Lyrically written and refreshingly unpredictable, Dragonfly Song is a compelling Bronze Age fantasy that suggests a fascinating origin for the legend of the Minotaur and his dark tribute.

Wendy Orr was born in Edmonton, Canada, but grew up in various places across Canada, France, andNim’s Island, Nim at Sea, Rescue on Nim’s Island, Raven’s Mountain, and Peeling the Onion. the USA. She studied occupational therapy in the UK, married an Australian farmer, and moved to Australia. She’s the author of many award-winning books, including
Author Interview:


Dragonfly Song is a novel written in prose and in verse. What made you decide to tackle both in one book?
I often ‘hear’ my books in free verse before I write them; Dragonfly Song seemed to be more insistent about being written that way! I felt that the complex background made it unsuitable to be written as a verse novel and after a couple of years of internal arguing, decided to combine prose and verse. When deadlines were tight I wrote it all in verse and transposed some sections back to prose.

How is Dragonfly Song similar to your other books and how is it different?
This is a very difficult question – which probably means I’m still too close to it to be objective. But… As in the Nim’s Island books, Facing the Mountain (Raven’s Mountain) and Peeling the Onion, there’s a strong female protagonist who has to rise to the physical and emotional challenges that she faces. Nature and the environment are very important to me, both in my own life and in writing ¬– the setting for my stories is very vivid to me as I write, and an essential part of the structure of the book. However, Dragonfly Song is the first time I’ve set a book in the distant past, and has more touches of supernatural. Nim communicates with her animals as many of us do with our dogs or other pets; Aissa’s animal communication is quite different, as it is an involuntary power that she is reluctant to acknowledge and must learn to control. Overall, I think Dragonfly Song is probably deeper, darker and more spiritual than my other books.

You have such a large body of work and write for such a wide variety of ages. Do your ideas just "come to you" or do you find that the discipline of sitting down and writing is what creates the magical stories?
Both. The ideas themselves usually just come to me – and that is the end of the easy part! Ones like Dragonfly Song stay at the back of my mind for years until they’re formed enough to start working on. Once I’m working on them, the discipline of writing fills in the details – but with a long and complex book, I need to note those details in a guide to refer to. (Yesterday, doing the notes on the first draft of my work in progress, I discovered that three minor characters had the same name!) I also make maps and sometimes physical models of the environment to understand it better, and make sure that the sun doesn’t rise and set in the same place… The saying about writing being 10% inspiration and 90% perspiration is pretty accurate.

Do you have a favorite book that you've written or is that like asking you to pick a favorite child?
Definitely like choosing a favorite pet, since part of me knows that the books can’t know the answer. But very quietly, the two most special ones are Nim’s Island – because it still makes me happy, and because so many good things happened from it – and Dragonfly Song – because it absorbed me so totally for so long, and drew me along with it. And because I kept on seeing dragonflies as I wrote it!

Since this is a blog about food, books, and travel, I always end with this question: what's your favorite food, book, and place you've ever traveled?
That’s another tough one! For one simple food, I choose walnuts; book: Possession by A S Byatt. And favorite place to travel – how could I not pick Crete? My husband and I spent a week there after I finished the book, and it was not nearly long enough. It was magical to visit Knossos, where so much of Dragonfly Song took place – and where real teenagers did perform daring acrobatics over the backs of bulls, even if my Aissa never actually lived. We descended into the eerie Psychros cave, and climbed Mt. Juktas, the sacred peak for Knossos; on the path down I found a 4000 year old potsherd. But the highlight was spending day with an archaeologist who poured information into me, taking me to several sites, and preparing a Minoan meal for lunch, including barley flatbreads, which I called barley cakes in the book. (The Easter eggs weren’t part of the Minoan diet, but they were so pretty I left them in the photo.)

Even if we hadn’t been there for the archaeology, we would have loved Crete. The people were amazingly friendly, and the meals were wonderful. I got very used to the complimentary raki! The last night we were in Heraklion, we went to O Vrakas, a small restaurant on the harbor, just out of the busiest tourist strip. A couple inside waved us in when they saw us peeking at their plates, and we ended up joining our tables for a fantastic meal, mostly fish and salads, all fresh and perfect. The owners joined us for more complimentary raki and dessert: it was one of those magical moments of new experiences, companionship and fun that make traveling a joy.