As I look back on 2010, I read a lot of great books of all different genres and age ranges. These are my top 10 favorite books published in 2010.

#10
The Incorrigible Children of Ashton Place: The Mysterious Howling by Maryrose Wood

This book is absolutely adorable and captivating. I think the audiobook, narrated by Katherine Kellgren, made it even more entertaining.

This is the story of three children found running wild in the forest and the 15-year old governess charged to take care of them. There's mystery, there's fantasy, and there's tons of humor.

All Rufus has ever wanted is a dog of his own. Since his father will never allow that to happen, his mother tries to appease him by getting him a guinea pig. Rufus soon discovers that this is no ordinary guinea pig. This rotund little rodent runs, fetches, rolls over, and even barks! This book is full of nonstop smiles and even makes you wish for a guinea dog of your very own.

This charming graphic novel was inspired by the author's own middle school and high school dental trauma. The story and adorable drawings will make you laugh, smile, and wince all at the same time.

#7
Real Food Has Curves: How to Get Off Processed Foods, Lose Weight, and Love What You Eat by Bruce Weinstein and Mark Scarbrough

This is not a diet book. It is a paradigm shift in the way you should look at food. Somehow Americans have lost their way in regards to the food we put in our bodies. Convenience has won out over nutrition and pleasure. Not only that, but we've fooled ourselves into thinking those convenience items taste good, when they really have very little complexity and are just pumped full of preservatives, salt, or sweeteners.

This book gives you a step-by-step process of how to rid yourself of those processed foods, and has some great recipes as well. 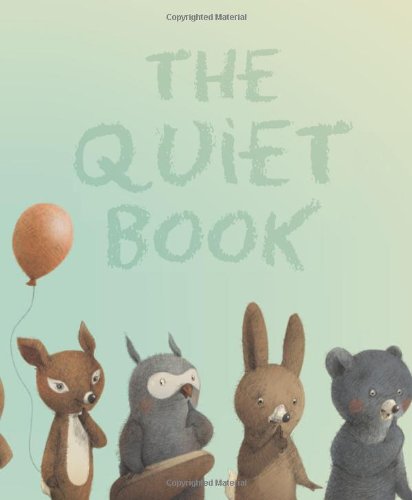 #6
The Quiet Book by Deborah Underwood, Illustrated by Renata Liwska

With writing that fills you with serenity and illustrations that will calm the savage beast, I have never seen anyone endear children to quiet the way Deborah Underwood and Renata Liwska have been able to do. Your little one will undoubtedly be ready for their indoor voices and a nap after reading this book. 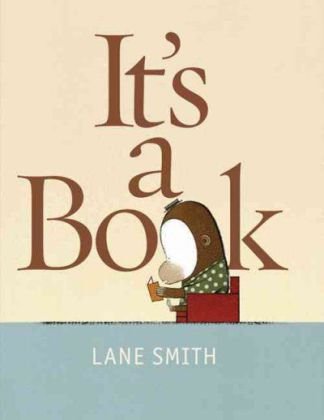 Technophiles beware: Lane Smith wants to warn you of the sometimes misbegotten ridiculousness of the digital age with this comical, verbal romp between a monkey and a jackass. Now some readers were (and will be) inevitably outraged at the fact that Smith had the audacity to use the word jackass instead of donkey, and even more angered at the way it was used at the very end of the book. I agree that it might not be best to read to little ones, and is more appropriate for middle grade and older, but you have got to give Lane Smith his due credit for his pitch perfect comic timing - controversial or not.

#4
The Mockingbirds by Daisy Whitney

This book looks at rape from a different perspective than what most of us envision in our minds. What if there was no violence? What if the boy assumed that because you didn't say "no", that meant you were saying "yes." Daisy Whitney explores a different, less dramatic rape story, yet no less important to tell.

This book would be perfect to teach alongside Speak in high school classrooms.

Vera Dietz is beside herself when her estranged best friend Charlie dies before they have a chance to make amends. Now she has a difficult decision to make: does she clear his name of a crime that people think he committed or does she allow her own anger and fear to keep her silent?

And an added bonus to this story is that even though the narrator and main character of this book is female, it is by no means chick lit. Vera is hard-edged and will be enjoyed by girls and guys alike.

#2
Anna and the French Kiss by Stephanie Perkins

I am still going back and forth between my #1 and #2 book. They were both my favorite books of the year but for different reasons. I gave my #1 the edge for reasons I'll explain shortly.

Anna and the French Kiss has been a hugely hyped book in the blogging world this year. I was worried it wouldn't live up to the hype, but I was proven wrong. Stephanie Perkins has managed to write a romance that won't make romance-haters gag. Triteness and cliches are nowhere to be found, and the characters feel like real people rather than caricatures. It is a book that will still make teenage girls swoon, yet it is written in such an accessible style, that it will be loved by a variety of readers, not just the teeny-boppers. 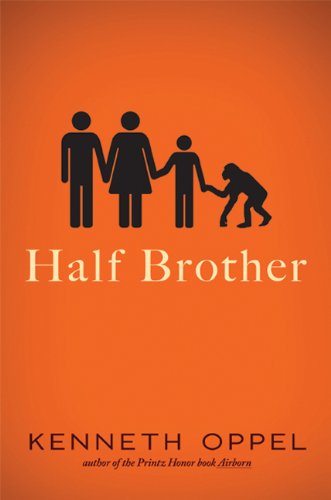 #1
Half Brother by Kenneth Oppel

Half Brother was not hyped the way my #2 pick was, and I suppose that's part of my reason for choosing it as my #1: I like to root for the underdog.

But that's not the only reason I chose this as my #1 pick of 2010. I have never read such an unusual, emotionally heart-wrenching story before. Oppel poses so many questions about animal experimentation and makes us re-think our positions on this issue. But he does it in such a masterful way that the reader never feels like he is being preached to. The story tells itself and you can't help but question everything just by simply reading it.


And there you have it. My Top 10 of 2010. Now I recognize that there were many, many great books written this year and I probably left some books off the list that should have been on here, had I read them in 2010. But this is my top 10 of the books that I was actually able to read. So you tell me: which books should I have added to this list if I had read them?
at 9:30 AM

Email ThisBlogThis!Share to TwitterShare to FacebookShare to Pinterest
Labels: 2010 reads, year in review