I walked up to the counter and said, "I'll have two salty pimps, please." Well that felt weird and wrong coming out of my mouth. Despite the wrongness of the words, there's absolutely nothing wrong about this vanilla soft serve cone drizzled with dulce de leche, sprinkled with sea salt and then dipped in chocolate. I'll never forget that first bite. It was an explosion of flavor going off in my mouth. You can find this explosive, awkwardly-named cone at Big Gay Ice Cream in New York City. When my husband and I went to Chicago on a weekend in December with some friends, we all fully admitted that we were on a food mission: to eat at Rick Bayless's restaurants as many times as possible. The only meal we didn't eat there was breakfast on Sunday but that's only because we couldn't -- they're not open on Sunday. How have I lived over thirty years and only just this year tried chicken and waffles? Now it's one of my favorite flavor combinations. Chicken and waffles is WAY better than chicken and mashed potatoes. The combo of salty and sweet flavors and light and heavy textures is just perfection on a plate. My first experience with this soul food staple was at Amy Ruth's in Harlem. Since I can't take a trip to Harlem every time I feel the urge, it's now my favorite thing to order for breakfast/brunch at Zingerman's Roadhouse in Ann Arbor. Who would have ever guessed that some of the best Indian food I've ever had in my life would be in Iceland? It was so good I would go back to Iceland just to eat at Astur Indafjalagid (try saying that 5 times real fast). Jeni's Splendid Ice Creams just recently opened a shop in Chicago, so on the same trip where we ate a ridiculous amount of Rick Bayless food (see above), we also packed a cooler full of Jeni's Splendid Ice Creams to take home with us. My favorite pint wasn't ice cream at all but this tart, luscious sorbet. I am waiting for the day when Jeni's opens a shop in the Detroit/Ann Arbor area. My waistline, however, is not waiting for that day. You can smell the caramel down the block when you're walking the streets of Chicago. And putting the cheese and caramel together is another perfect salty sweet combo. I get a giant bag of Chicago mix popcorn at Costco for a quick fix, but nothing beats the real thing.


8. Trying goat for the first time Michael Symon's restaurant Roast in Detroit has the best happy hour in the entire metro Detroit area. You can order burgers and other bar food like rosemary fries and "Roast beast of the day" tacos for $4 a piece. With those prices I decided to get up the courage to try goat for the first time. While the actual taste and texture of the goat was somewhat bland and similar to pork, what's memorable about it for me is the fact that I tried it and didn't hate it. :)


9. Discovering that vegan baking can actually be delicious 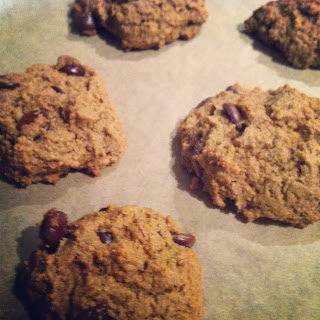 I love the idea of being vegan but putting it into practice is not so lovable. I have no willpower, what can I say? But I bought a vegan baking book this summer and tried a few recipes. I was pleasantly surprised when I made the cookies above that (a) they weren't terrible and (b) they weren't hard as a rock and barely edible -- not because they were vegan, but because I am a terrible cookie baker.  These peanut butter surprise chocolate chip cookies (the surprise is sriracha and Chinese five-spice) had a lovely, soft chew to them.


10. This chocolate bar from Mexico My husband went on a business trip to Mexico in August and brought me back some chocolate. I don't even really like chocolate that much but I fell head over heels for this dark chocolate bar with pink peppercorns. I have been trying to find a place to buy it here in the U.S. or order it online but to no avail. I saved the packaging so the next time he goes on a business trip to Mexico, he knows what to buy me. This dish is one of their antipasti so it's only about three bites, but it's the best three bites on the entire menu. It has the crispiness and smokiness of bacon and the buttery chew of a perfectly cooked steak. It's superbacon is what it is.


What were your favorite food memories of 2013?