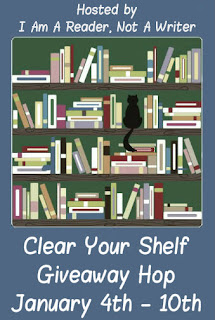 For my portion of this blog hop, I am giving away a copy of:

Terms of giveaway:
To enter, use the Rafflecopter widget
Must be 13 or older to enter and have a US mailing address
a Rafflecopter giveaway
Don't forget to visit the other blogs participating in this blog hop
at 5:00 PM