Toward the end of the school year I ask students and parents to donate any unwanted books that have just been sitting unused and unadmired on their bookshelves at home so they can get some hearty use in my classroom library. A few students donated anywhere from 1-5 books, but one mom went above and beyond the call of duty and donated 130 books to my classroom library!!!! I was insanely grateful and will refrain from listing every single book she donated, but I thought I'd at least share with you some of the lovely, like-new hardcovers that are now part of my classroom collection: 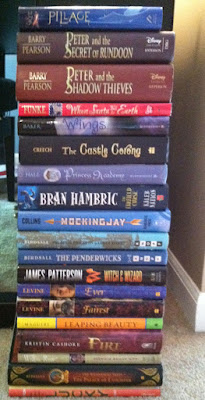 The Higher Power of Lucky by Susan Patron
The Wednesday Tales: The Palace of Laughter by Jon Berkeley
Willow Run by Patricia Reilly Giff
Fire by Kristin Cashore
Leaping Beauty by Gregory Maguire
Fairest by Gail Carson Levine
Ever by Gail Carson Levine
Witch & Wizard by James Patterson
The Penderwicks by Jeanne Birdsall
The Penderwicks on Gardam Street by Jeanne Birdsall
Mockingjay by Suzanne Collins
Bran Hambric: The Farfield Curse by Kaleb Nation
Princess Academy by Shannon Hale
The Castle Carona by Sharon Creech
Wings by E.D. Baker
When Santa Fell to Earth by Cornelia Funke
Peter and the Shadow Thieves by Dave Barry and Ridley Pearson
Peter and the Secret of Rundoon by Dave Barry and Ridley Pearson
Pillage by Obert Skye

When the mom came to school to donate the books, I had a PA announcement from the office stating that she needed some students to come and help her cart the books upstairs because they were in three, heavy boxes. So yeah, it not only sounds like a lot of books, but it looked like a lot too. This was also the mom who wrote me such a sweet, heartfelt note at the end of the school year that it made me cry. I'll refrain from writing the entire note, but this line especially made me tear-up: "In particular, you won over my son. Under your guidance and encouragement, he began to read independently. With that, you have given him the world. Thank you." I almost didn't care about the awesome gift cards she placed in the envelope along with it. Parents don't always realize how much a kind, heartfelt note can far surpass any monetary gift a teacher receives at Christmas or the end of the school year. That's not to say I won't heartily spend those gift cards, on the contrary. But to me, when someone sits down and takes the time to tell you that you have made an impact on the life of their child, you can't put a price on that. The tears streaming down my face as I write this now despite the fact that I've already read the note several times is evidence of that.

OK, enough with the mush, we now bring you back to your regularly scheduled In My Mailbox...

The Sweetest Thing by Christina Mandelski

My Father's Daughter by Gwyneth Paltrow 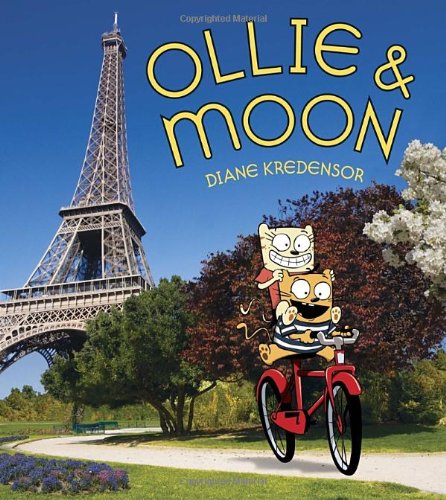 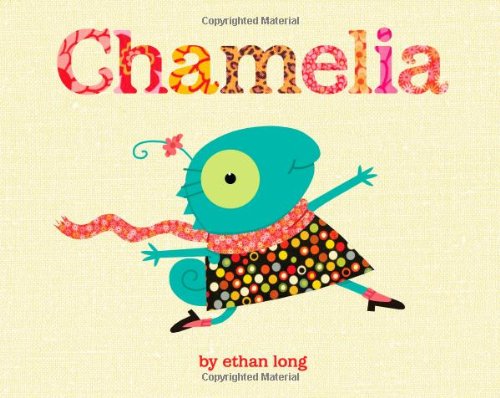