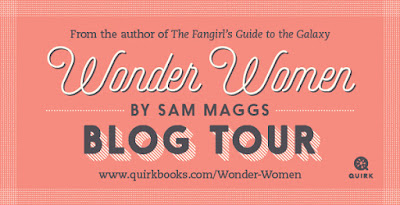 I'm pleased to have Sam Maggs on the blog today, author of Wonder Women: 25 Innovators, Inventors, and Trailblazers Who Changed History, which is in stores today.

From Goodreads:
Ever heard of Allied spy Noor Inayat Khan, a Muslim woman whom the Nazis considered “highly dangerous”? Or German painter and entomologist Maria Sibylla Merian, who planned and embarked on the world’s first scientific expedition? How about Huang Daopo, the inventor who fled an abusive child marriage only to revolutionize textile production in China?

Women have always been able to change the world, even when they didn’t get the credit. In Wonder Women, author Sam Maggs introduces you to pioneering female scientists, engineers, mathematicians, adventurers, and inventors—each profile a study in passion, smarts, and stickto-itiveness, complete with portraits by Google doodler Sophia Foster-Dimino, an extensive
bibliography, and a guide to present-day women-centric STEM organizations.


What to Read After Wonder Women 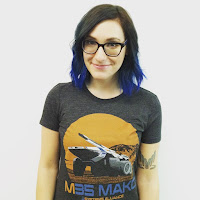 In my new book, Wonder Women: 25 Innovators, Inventors, and Trailblazers Who Changed History, I wanted to make as many stories of amazing women in STEM throughout history as accessible as possible. Of course, trying to fit profiles of twenty-five ladies (plus 35 more, in sidebars!) into one book means that I didn’t have the opportunity to write as much about each of them as one could – they all deserve their own film franchises and comic books and television shows, frankly.

Luckily, there are many incredible biographers whose work you can check out after finishing Wonder Women if you’d like a closer look into these ladies’ lives. Here are some of my favorites from my research days.

Around The World On Two Wheels: Annie Londonderry's Extraordinary Ride.
Peter Zheutlin, Citadel, 2008.
The full story of Annie Londonderry’s nineteenth-century cycling journey around the globe is told in exceptional fashion by Zheutlin, an actual relative of the pioneering woman herself. Annie, one of the first women to excel at self-promotion, is done justice in this biography that aims to shed light on why this young Jewish mother decided to take such an unusual path.

Rocket Girl: The Story of Mary Sherman Morgan, America’s First Female Rocket Scientist.
George D. Morgan, Prometheus Books, 2013.
When George Morgan struggled to get his mother’s obituary published because of a lack of corroborating sources, he began a lifelong journey to track down as much information as he could about her past. What he discovered was the story of America’s first female rocket scientist, a truly moving tale that Morgan writes partially fictionalized in the era in which it took place to really give the reader that mid-century feel.

The Life of Anandaibai Joshee, a Kinswoman of the Pundita Ramabai.
Caroline Healey Dall. Roberts Brothers, 1888. Available free online.
If you can take a little era-appropriate long-windedness and views on race, Dall’s biography of Anandibai Joshi is worth a read, if only to hear from Anandi in her own words transcribed by Dall. The first Hindu woman ever to set foot in America, and the first Indian woman to get a Western medical degree, Anandi accomplished more in her brief twenty-two years than anyone could ever hope.

Marie Equi: Radical Politics and Outlaw Passions.
Michael Helquist, Oregon State University Press, 2015.
I think about how awesome queer birth-control advocate Dr. Marie Equi was at least twice a day, so get fully familiar with her inspiring and intense life story with this new biography – horse whips and all. Yeah, don’t you want to read about her now?

Double Cross: The True Story of the D-Day Spies.
Ben Macintyre, Crown/Archetype, 2012.
Elvira Chaudoir was just one of the many spies involved in Britain’s epic espionage double-cross during World War II – one that was instrumental in their success at Normandy – but she was the only bisexual Peruvian party girl heiress to be one of those spies. Learn all about Elvira (codename Bronx) and her associates’ antics in Macintyre’s thoroughly-researched book.

Nurse and Spy in the Union Army.
S. Emma E. Edmonds, W. S. Williams & Co., 1865. Available free online.
Though undoubtedly a little hyperbolic, Sarah Emma Edmonds’ autobiographical account of her time as a Union spy during the Civil War is not only fascinating because of all the spying, but also because she did it all while disguised as a man. And no one ever noticed. That’s some Alanna: The First Adventure business right there.

Do you have a favorite biography of a kick-butt woman in history? Let me know on Twitter @SamMaggs, and I hope you enjoy Wonder Women!

Visit  the other blogs in the Wonder Women blog tour:
Bibliophile Gathering on 10/3
A Foodie Bibliophile in Wanderlust on 10/4
We Are Word Nerds on 10/5
Pop! Goes the Reader on 10/6
YA Bibliophile on 10/7