I am so excited to reveal the cover of Carrie Harris's new novel. Not only do I love her previous two books, but she has visited my classroom a couple times so yeah, she's pretty darn awesome. And her author bio is 100% true: she is incapable of being serious for more than 5 minutes. Which is why I think you should put this book on your to-read list today because you know with her sense of humor, this book is going to be awesome. 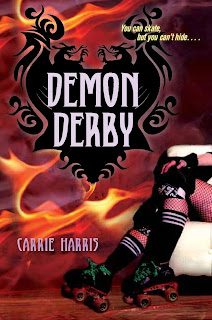 
Casey hates being known as the girl who survived cancer. She wants people to treat her like her old self, fearless and strong. And after a creepy encounter with a crazy guy in an alley, Casey is all about reclaiming her power.


So when she has a chance to try out for the Apocalypsies roller derby team, she jumps on it. Being a derby girl would prove that she doesn’t need anybody’s pity. It doesn’t hurt that Michael, the team manager, is almost unnaturally hot. Which makes sense when Casey finds out that he’s not even human.


Michael’s got a secret: he trains demon hunters. That crazy guy in the alley? Demon. And the fact that Casey went head to head with evil and lived makes her a threat to demonkind. Casey thought she’d already fought and won the battle of her lifetime. But it’s only beginning...


From Carrie Harris, author of BAD TASTE IN BOYS and BAD HAIR DAY, comes a knockout new read for anyone facing their own demons—inside and out. 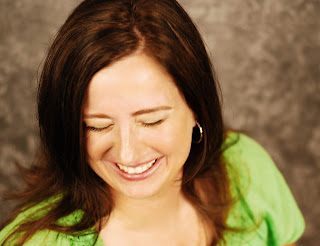 Carrie Harris is the author of BAD TASTE IN BOYS and BAD HAIR DAY. Her husband is a cancer survivor and a ninja doctor, and her three kids are already in training to fight evil someday. She collects monster-themed clothing, is physically incapable of being serious for more than five minutes at a time, and isn’t a derby girl…yet.