When I first started learning to cook I found recipes all the time in cookbooks that I wanted to try. And often I would also try many recipes and then deem them worthy of putting in my regular repertoire of meals. Not so much anymore. I don't know if I'm just getting bored with cooking or if I feel like I've exhausted all of my culinary options.

So it was refreshing for me to not only pull out one of my cookbooks off the bookshelf this week and attempt a new recipe, but it was also exciting that the recipe was so good that I decided I would definitely be making it again. 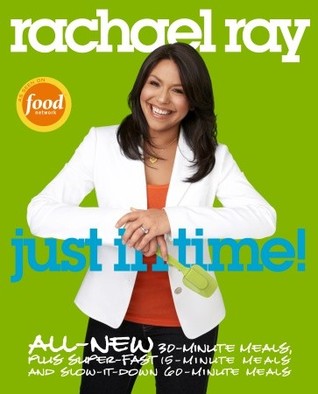 The recipe came from Rachael Ray's Just in Time cookbook from 2007 and it is skillet tamale pie. What also excited me about trying this recipe is that I discovered a new use for my rice cooker: making polenta. I'd also like to note that I halved this recipe since I was only making it for my husband and me, and I only used ground pork, no ground beef. In addition, I decided to use mozzarella instead of cheddar or Monterey Jack because, well, I just felt like it that's why. :)

Preheat broiler to high and place oven rack 1 rung beneath the highest level.

Combine chicken stock and milk in a pot and bring to a boil over medium heat. Whisk polenta into the stock/milk mixture for 5 minutes or until it is thick and masses together in the pot. Fold in cilantro or parsley.

While you're waiting for the stock/milk mixture to boil, crisp bacon in a large, oven-proof skillet, then add the ground meats and cook on high until meat is browned, about 3 to 4 minutes. Add onion, bell pepper, jalapeno and garlic, and season with chili powder, cumin, cinnamon, salt, and pepper. Cook for 5 minutes or until veggies are soft, then add the tomato sauce and cook 1 minute more.

Spread polenta over meat mixture and top with cheese. Place skillet under the broiler to melt/brown the cheese and set the polenta, about one minute. Serve directly from skillet. (Leave the oven mitt on the skillet handle as a reminder to yourself not to touch it or you WILL burn yourself if you're anything like me!)