Chicago is a feast for the eyes and the stomach

Prior to my trip last week, I had never been to Chicago before. I know what you're thinking. How can someone who lives only 4 hours away and loves to travel, never visited Chicago before? The truth is, I don't have an excuse. But my attendance at the NCTE conference last week ended my lifelong Chicago drought.

Besides all of the amazing authors and teachers I met at NCTE, I also took some time to experience the beauty and culinary delights of this great American city.

Upon arrival in Chicago, my husband and I took the obligatory architecture cruise along the Chicago River. Even though we froze our butts off, it was a beautiful sunny day and we learned a lot about, not just the architectural history of the city, but the history in general. I highly recommend this be your first activity if you've never been to Chicago before. You learn a lot and you also get a general lay of the land as well. 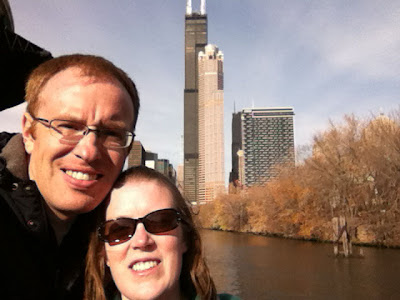 Two of our memorable dining experiences in Chicago were lunch at Rick Bayless's casual dining restaurant, Xoco, and dinner at Sable Kitchen and Bar.

Every time I watch Rick Bayless cook or I hear his food described on TV, my mouth immediately begins watering. I knew that my first trip to Chicago had to involve eating at one of his restaurants. We decided to go with his lunch-counter/street food-style joint called Xoco and we were not disappointed. It was by far the best Mexican food I've ever had. 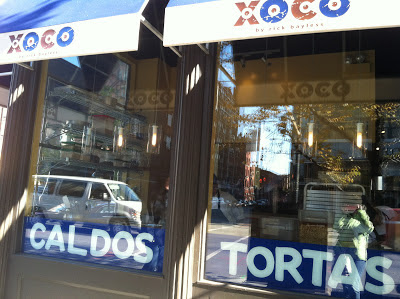 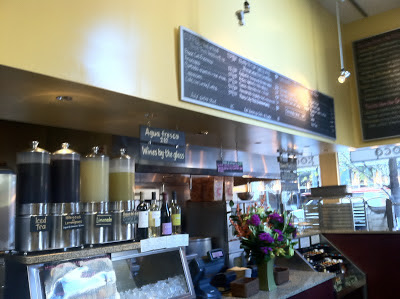 Rick Bayless does not serve what Americans consider typical Mexican fare. You will not find tacos, burritos, fajitas or the like anywhere on his menus. Rick has dedicated his career to introducing Americans to the variety and unique flavors of Mexican cuisine.

To whet our appetites, we ordered the chips and salsa that included a bright salsa verde, and a smoky, piquant 3-chile salsa. 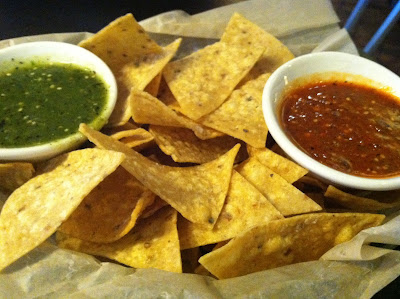 Even my husband, who generally does not like salsa, continuously dipped his chips in one of the two bowls before inhaling them.

My main lunch order was the torta ahogada which was topped with pork carnitas, black beans, pickled onions, and swam in a spicy tomato broth. 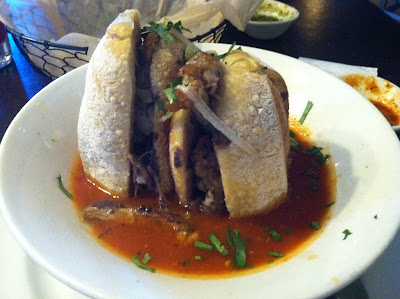 Mouths have memories just as much as minds do, and my mouth remembers every bite of this delicious torta. I already know that our next visit to Chicago will include a trip to Xoco just to eat this sandwich. I honestly don't even remember what my husband ordered because I was just so enamored with this dish.

Even though we were full from our satisfying tortas, we couldn't pass up the opportunity to try the churros and hot chocolate. 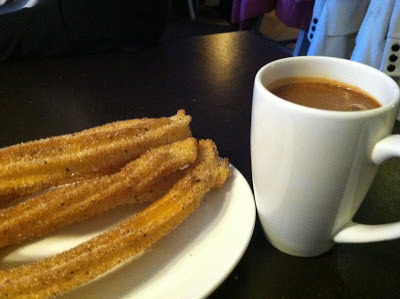 What is incredibly unique about the hot chocolate at Xoco is that it is literally bean-to-cup. You can watch them grinding the cocoa beans to create this thick and luscious drink. It's like drinking a slightly thinned-out, melted candy bar. 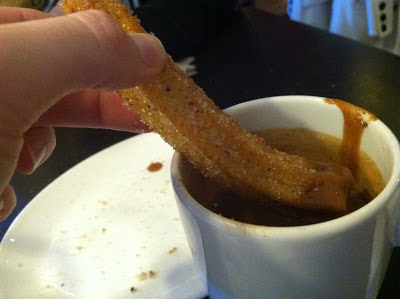 As you can see, despite our fullness, we didn't let much of this amazing dessert go to waste. 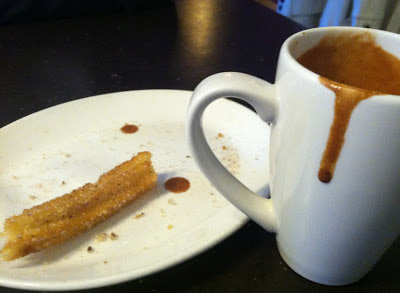 The second memorable meal in Chicago was at a restaurant that has recently been put on the map due to the fact that its executive chef, Heather Terhune, is on Top Chef this season. Sable Kitchen & Bar has forged its niche in the Chicago culinary scene with what they are dubbing New American cuisine (think comfort food with a twist).

The vibe at Sable is very hip, yet casual at the same time. Food is served as small dishes designed for sharing. They keep the menu at the table because the idea is to order as you go along.

We started with a flatbread of potatoes, mushrooms, and taleggio cheese, which was, believe it or not, a lovely light starter to some of the epic dishes to come later in our meal. 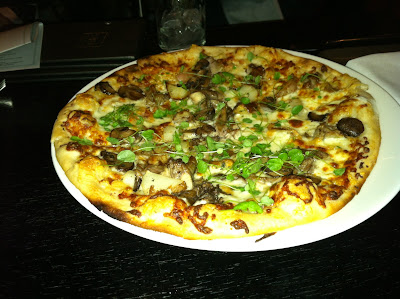 The next dish was a trio of short rib sliders with a root beer glaze and crispy onions. 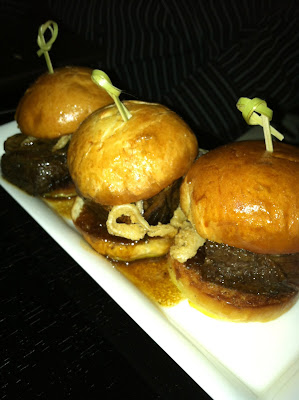 While we were feasting on the sliders, we thought the perfect accompaniment would be the duck fat steak fries topped with cave-aged cheddar and fleur de sel 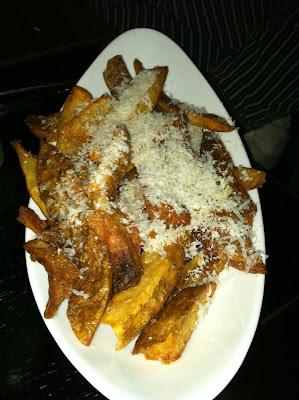 But the epic finale of our meal was... wait for it... BACON JAM...topped with brie and served with toasted baguette 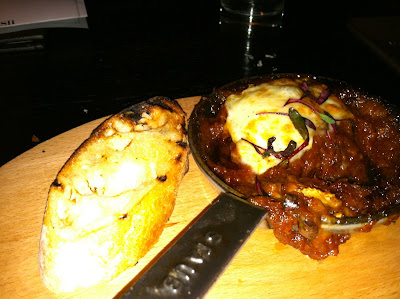 It has been thoroughly documented here on this blog (and on Facebook and Twitter... and in my classroom...) that I have a rather zealous obsession with bacon. I am always looking for new ways to use the meat candy in my home cooking, so I will order almost anything in a restaurant that features bacon as the star ingredient. I mean, if I'm willing to put bacon in ice cream, I think it's pretty clear that I go big or go home, and bacon jam is going big, let me tell you. From the intense smoky and sweet scent, to the rich, luscious mouth-feel, this is one of the few bacon dishes that I can truly call sensual. I think I went into a bit of ecstasy upon that first bite.

But if bacon jam was the ecstasy part, there was bound to be an agony. Unfortunately for me, that was my nonexistent night of sleep immediately following this gluttonous meal. It was my own fault. I ate too much. But the food was just so delicious, I couldn't stop. And to put in perspective how amazing this meal was, I am always one to ban any and all food that has caused me to be sick from ever entering my stomach again. Even after my sleepless night as punishment for my gluttony, I would go back to Sable and eat that bacon jam again in a heartbeat.

Has this ever happened to anyone else? You had a meal so amazing that you couldn't stop eating, and then paid for it later? Or should I just change the word "Foodie" in the title of my blog to "Glutton"?