A Tyranny of Petticoats Blog Tour and giveaway

In honor of March being Women's History Month and in collaboration with Candlewick Press, I am honored to be a part of a blog tour for an amazing, badass book for the favorite feminist in your life.

Here are three questions with many answers from the contributors to A Tyranny of Petticoats: 15 Stories of Belles, Bank Robbers & Other Badass Girls edited by Jessica Spotswood

Crisscross America, on dogsleds and ships, stagecoaches and trains, from pirate ships off the coast of the Carolinas to the peace, love, and protests of 1960s Chicago. Join fifteen of today’s most talented writers of young adult literature on a thrill ride through history with American girls charting their own courses. They are monsters and mediums, bodyguards and barkeeps, screenwriters and schoolteachers, heiresses and hobos. They’re making their own ways in often-hostile lands, using every weapon in their arsenals, facing down murderers and marriage proposals. And they all have a story to tell.

Our authors are as diverse as their characters. To give readers a better sense of their diverse processes and experiences writing for this anthology, we asked three questions of each contributor:
1. What inspired you to write about this particular time and place?
2. What was the most interesting piece of research you uncovered while writing your story?
3. Who is your favorite woman in history and why?
Here are their answers.

What inspired you to write about this particular time and place?
As the so-called New World was developing, the frontier was everywhere, and a lot was possible on the frontier that couldn’t happen in a place with established institutions and social customs. The sea was a frontier unto itself, and an ideal place to bring together folklore and a girl who benefited from that lack of legal fixity while at the same time facing very real threats from inherently unstable circumstances.
What was the most interesting piece of research you uncovered while writing your story?
Piracy was a lot more complicated and a lot less glamorous than many traditional depictions would have it, but it offered opportunities to a specific set of people who weren’t going to experience autonomy any other way. One of the very real appeals of piracy wasn’t treasure — few ordinary sailors lived long enough to get rich — but something a little harder to come by for pretty much everyone during this time: freedom of action.
Who is your favorite woman in history and why?

I’ve always admired Countess Constance Markievicz. She was born into privilege in Ireland but joined the 1916 Easter Rising against British rule. Among numerous other things, she was a sniper, a medic, an activist, and Ireland’s first female elected official. When asked about fashion advice, she advised women to “dress suitably in short skirts and strong boots, leave your jewels in the bank, and buy a revolver.”

What inspired you to write about this particular time and place?
I’ve always been drawn to the study of race and gender in history, and antebellum America offers a compelling focal point of conflict and change regarding both. Klio’s story is about finding strength and justice in a society that marginalizes her and those she cares about. Very recently there has been a push to change history textbooks to tone down the negative aspects of American history — particularly the history of slavery. I find this trend not only alarming, but also deeply irresponsible. History is complex and often troubling. Whenever particular subjects are ignored, blurred, or erased because they make us uncomfortable, we hide pivotal struggles and triumphs that created our present. If confronting the past makes us uneasy, we should consider all the more why that is rather than turning away.
What was the most interesting piece of research you uncovered while writing your story?
Prior to becoming a full-time author, I was a history professor, and my specialization was early American history, so I came to the writing of this story already bearing much of the research I needed to complete it. However, I did have to dig up details about transportation and clothing specific to the time, and that was lots of fun! I probably spent more time looking at the interiors of carriages than I needed to.
Who is your favorite woman in history and why?
That is such a difficult question, because there are so many amazing women throughout history. On another day I’d likely give a different answer, but for today I’ll say Ida B. Wells. Born a slave, Wells was witness to a tumultuous series of events in U.S. history. Her family was emancipated in the Civil War, and she grew up to become a suffragist and a journalist. Long before Rosa Parks made history by refusing to give up her bus seat, Wells refused to move from the first-class cabin of a train in Tennessee (for which she had a ticket) and ended up winning a suit against the railroad. Wells is best known for her campaign against the lynching of African Americans that proliferated in the 1890s, an incredibly dangerous endeavor that she strove for tirelessly. She is one of the most inspiring and courageous women in history. 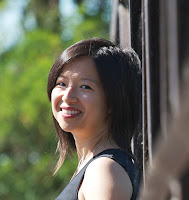 What inspired you to write about this particular time and place?
I’m always entranced by people and places on the margins, so Alaska was instantly appealing. The gold rush was such a giddy, reckless, greedy, brutal time that it’s almost impossible to exaggerate. Researching it was endlessly fascinating; I couldn’t look away.
What was the most interesting piece of research you uncovered while writing your story?
The quotation that inspired the whole story comes from the Seattle Daily Times of 1897: “They now say there are more liars to the square inch in Alaska than any place in the world.” The moment I read that, I knew I’d be writing about con artists and desperadoes.
Who is your favorite woman in history and why?
I don’t have a favorite person, but I do have a favorite type: scrappy, underprivileged, lesser-known women, the kind who seldom appear in conventional histories but fought fiercely, nevertheless, to live as interestingly and independently as possible.

J. ANDERSON COATS is the author of The Wicked and the Just, a 2013 YALSA Best Fiction for Young Adults pick and the winner of the 2013 Washington State Book Award for Young Adults. She lives near Puget Sound.

ANDREA CREMER is the New York Times and international best­selling author of the Nightshade series and The Inventor’s Secret. Andrea has always loved writing, but it took a horse and a broken foot to prompt her to finally write the novel she’d always dreamed of writing. Before becoming a full­time novelist, Andrea resided in the academic world, where she taught early modern history.

Y. S. LEE is the author of the award-winning Agency novels, a quartet of mysteries featuring a mixed-race girl detective in Victorian London. After earning a PhD in English literature, Ying realized that her true love was gritty historical detail — something she tries to make the most of in her fiction. She lives with her family in Kingston, Ontario.

Win a copy of A Tyranny of Petticoats!
a Rafflecopter giveaway
Terms and conditions:
Must be 13 or older to enter and have a U.S. or Canadian mailing address
One winner will be selected
Use the Rafflecopter widget to enter

Don't forget to visit the other blogs in the blog tour:

Email ThisBlogThis!Share to TwitterShare to FacebookShare to Pinterest
Labels: blog tours, ya lit