I have mentioned this before, but despite the fact that my blog is called "A Foodie Bibliophile in Wanderlust" I do not have an iron stomach. In fact, I have been dealing with some major digestive issues lately that I have attempted to decode by some elimination diets. One of the eliminations I tried recently was to go gluten-free, which actually didn't work for me, but in the process I learned a lot about going gluten-free. I really think a gluten-free lifestyle can be beneficial for all people, not just those who suffer from Celiac's. 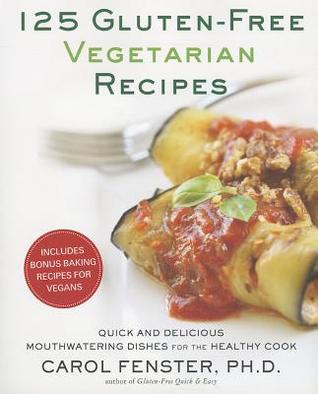 Despite the fact that I normally prefer cookbooks with pictures and glossy pages, neither of which this book has, it actually has some tasty sounding recipes such as
But I think what is most useful in this cookbook is the introductory information Fenster provides her readers about effectively going gluten-free without feeling deprived. The language is very accessible and she makes the process feel surmountable. There is a section on staples for the gluten-free pantry and she explains all of the gluten-free flours that are available. 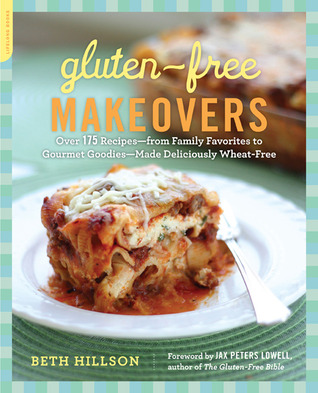 The gluten-free makeovers in this book are primarily baking related, which makes sense since gluten is a big part of the baking process. Once again, the most valuable part of this cookbook comes from the introductory information. Hillson talks about the differences between celiac, gluten intolerance, and wheat allergies, but most effective is her chart for building your own gluten-free flour blend if you want to experiment with your own blends and not just follow hers. If you enjoy baking and find yourself having to go gluten-free, I highly recommend this title. Just as with Fenster's title above, it is written in a very conversational style and empowers the reader to feel as if the gluten-free lifestyle will not be one of depravation. 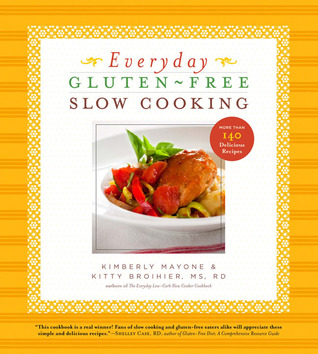 This is my favorite cookbook of the three. Even though I didn't end up going gluten-free permanently, I loved the ideas presented in this cookbook and will be using my slow cooker more often as a result. Things I had never thought to do in the slow cooker before like frittatas, roasting nuts, and making oatmeal overnight so it's ready in the morning suddenly made so much sense. One of my favorite recipes from this book involves making a Spanish tortilla, but instead of slicing potatoes really thin which takes time and patience (unless you have a mandoline which creates its own new set of problems - the possibility of losing a finger for one) Mayone and Broihier call for using kettle cooked potato chips instead. Not only a practical idea, but a delicious one as well. So for those people who need to go gluten-free and lament over how difficult it can be, this book presents itself as a very no-muss, no-fuss way of going about it. Out of all the gluten-free cookbooks I've looked through, this one made it seem easy.