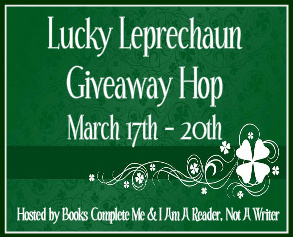 Thank you to Books Complete Me and I Am A Reader, Not a Writer for hosting this great blog hop!

This is my offering for this blog hop:


Description from Goodreads:
The world needed a hero, but how would an editor with no off-switch answer the call? For Jeff Deck, the writing was literally on the wall: “NO TRESSPASSING.” In that moment, his greater purpose became clear.  Dark hordes of typos had descended upon civilization… and only he could wield the marker to defeat them.

Recruiting his friend Benjamin and other valiant companions, he created the Typo Eradication Advancement League (TEAL). Armed with markers, chalk, and correction fluid, they circumnavigated America, righting the glaring errors displayed in grocery stores, museums, malls, restaurants, mini-golf courses, beaches, and even a national park. Jeff and Benjamin championed the cause of clear communication, blogging about their adventures transforming horor into horror, it’s into its, and coconunut into coconut.

But at the Grand Canyon, they took one correction too far: fixing the bad grammar in a fake Native American watchtower.  The government charged them with defacing federal property  and summoned them to court—with a typo-ridden complaint that claimed that they had violated “criminal statues.” Now the press turned these paragons of punctuation into “grammar vigilantes,” airing errors about their errant errand..

The radiant dream of TEAL would not fade, though.   Beneath all those misspelled words and mislaid apostrophes, Jeff and Benjamin unearthed deeper dilemmas about education, race, history, and how we communicate. Ultimately their typo-hunting journey tells a larger story not just of proper punctuation but of the power of language and literacy—and the importance of always taking a second look.

Contest Rules:
How to enter:
Leave a comment explaining your biggest grammar pet peeve (don't forget to leave me your email so I can contact you if you win!)


In addition to the standard using the wrong version of there, their, they're or your and you're, my biggest grammar pet peeve is when grown adults write "would of" instead of would've or use possessives when they're supposed to use plurals. Drives me absolutely bonkers! :o)


Don't forget to visit all the other participating blogs:

Email ThisBlogThis!Share to TwitterShare to FacebookShare to Pinterest
Labels: giveaways