Last night, for the first time in over two years, I attended an in-person author event. I could have cried from happiness.
And to have the author be the current Printz award winner, Angeline Boulley, made it that much better. Hearing Angeline speak tonight made me even all the more certain that Firekeeper’s Daughter was the perfect choice for the 2022 Printz Award.
The first thing she told us that blew everyone's minds was that the inspiration for the story was actually a small kernel of something that happened in her own life... when she was in high school, she had a friend in another town that kept trying to set her up with this guy because she thought he was her perfect type. For some reason though, it never worked out that they could meet. A little while later, Angeline was like, "Oh, it's too bad you were never able to set me up with that guy," And her friend said, "Oh yeah... that wouldn't have worked out. We found out he was actually an FBI agent posing as a student." That moment always stayed with her and she always wondered, "What would have happened if I HAD been set up with that guy?" which led her to write Firekeeper's Daughter.
Something a lot of people question about reading this book is the time period in which it is set: the early 2000s. She talked about three very specific reasons for why she set it in that time period:
1) Meth was starting to explode across rural America
2) Casinos were starting to become an important business for native communities across Michigan
3) She needed GPS to exist but still be imprecise
Finally, I loved what she said about writing as an indigenous author, not for the white gaze, but as a way to honor her community. So for example, she pushed back on her editor's request to include a glossary in the back of the book and said that if she did her job as an author then the reader could pick up those meanings in context while also recognizing that we shouldn't always assume that the default reader is white. She also said something really profound that I had to write down in my notes app on my phone:
I write to preserve my culture.
I edit to protect it.
I think it is safe to say that she has both preserved and protected her culture in this beautiful book and I can't wait to read more of her work in the future. 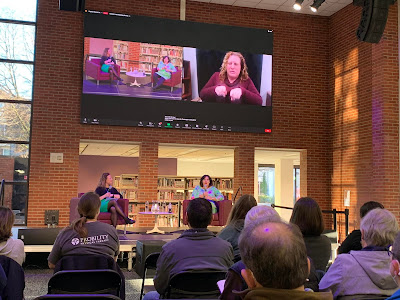 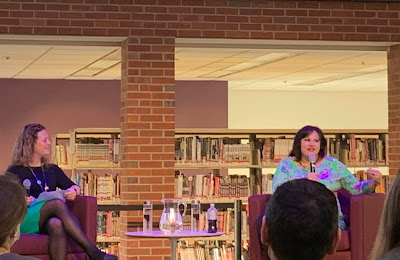