Eden Royce is the author of the debut middle grade novel Root Magic.

It’s 1963, and things are changing for Jezebel Turner. Her beloved grandmother has just passed away. The local police deputy won’t stop harassing her family. With school integration arriving in South Carolina, Jez and her twin brother, Jay, are about to begin the school year with a bunch of new kids. But the biggest change comes when Jez and Jay turn eleven—and their uncle, Doc, tells them he’s going train them in rootwork.Jez and Jay have always been fascinated by the African American folk magic that has been the legacy of her family for generations—especially the curious potions and powders Doc and Gran would make for the people on their island. But Jez soon finds out that her family’s true power goes far beyond small charms and elixirs...and not a moment too soon. Because when evil both natural and supernatural comes to show itself in town, it’s going to take every bit of the magic she has inside her to see her through.
About the Author: 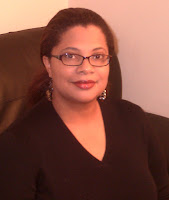 Eden Royce is from Charleston, South Carolina and is a member of the Gullah-Geechee nation. Her work has appeared in various print and online publications and she is the recipient of the Speculative Literature Foundation’s Diverse Worlds grant.
Her debut MG Southern Gothic own voices novel, Root Magic, is forthcoming from Walden Pond Press/HarperCollins.
She now lives in the Garden of England with her husband and cat. When she's not writing or reading, she's probably roller-skating, watching quiz shows, or perfecting her signature dish for Masterchef. Sometimes all at once.

As I was reading Root Magic, the story felt so timeless that I felt like much of it (with a few exceptions that I won't spoil for readers) could have been set in the present time. What made you decide to set Root Magic in 1963?

I’m glad to hear it felt timeless. I set Root Magic in 1963 because it was a time of upheaval in not only the South but in the United States. A difficult time where life for many was slowly starting to change. It saddens me that so much of what the Turner family endures in the book – racism, prosecution for spiritual beliefs, and much more – still occurs to this day. It seems we haven’t progressed in some facets of our existence as much as we may have thought.

Most rootworkers I knew growing up were Christians. They practiced root and went to a church of their chosen denomination. Rootwork grew from enslaved Africans brought to the Southern coast of the United States who were not allowed to practice their African traditional religions (ATRs) or use their traditional medicines. Miraculously, some of those people were able to hold onto pieces of those ATRs and have passed them down through generations, practicing alongside their chosen religion. Rootworkers I know now are beginning to explore and study ATRs in order to delve further into the historical connections we have with Western and West Central Africa. Who knows? Perhaps in the future, rootwork may be recognized as a religion in its own right.

When you were writing Root Magic and thinking about how readers would respond to it, what was your ultimate hope for it?

I try not to think about how readers will respond when I’m writing. It’s hard enough planning and creating a story without having to take into consideration what the potential response might be. My ultimate hope was to write a book based on stories of my ancestors that no one in my family had ever had the chance to tell before. I also wanted younger Gullah-Geechee children to see themselves, their environment, their folklore, and their language in a book. That’s a powerful thing to experience and something I didn’t have when I was growing up.

The characters in Root Magic are based on my ancestors, my family, and their experiences. Therefore they’re a part of me. After reading the book, my mother said Jez is a lot like I was at that age. How can I argue with that?

Since my blog is about food, books, and travel, I always like to end author interviews with the question: what is your favorite food, your favorite book, and your favorite place you've ever traveled?

I have many answers for these but I’ll only choose one for each.

Check out the rest of the blog tour:

Check out this excellent Educator's Guide with lots of history and background information.