For my portion of this blog hop, I am giving away a copy of: 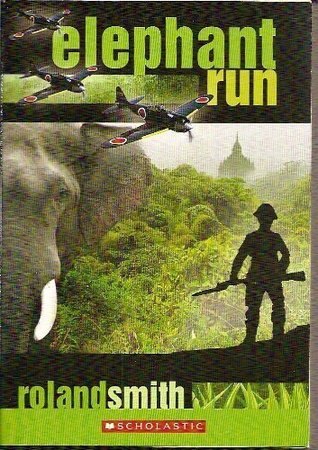 Goodreads Summary:
In 1941, bombs drop from the night skies of London, demolishing the apartment Nick Freestone lives in with his mother. Deciding the situation in England is too unstable, Nick's mother sends him to live with his father in Burma, hoping he will be safer living on the family's teak plantation.

But as soon as Nick arrives, trouble erupts in this remote Burmese elephant village. Japanese soldiers invade, and Nick's father is taken prisoner. Nick is stranded on the plantation, forced to work as a servant to the new rulers. As life in the village grows more dangerous for Nick and his young friend, Mya, they plan their daring escape. Setting off on elephant back, they will risk their lives to save Nick's father and Mya's brother from a Japanese POW camp.

In this thrilling journey through the jungles of Burma, Roland Smith explores the far-reaching effects of World War II, while introducing readers to the fascinating world of wild timber elephants and their mahouts.

Terms and conditions:
Must be 13 or older to enter and have a U.S. mailing address
One winner will be selected
Use the Rafflecopter widget to enter


a Rafflecopter giveaway
Also check out my other giveaway going on right now:
Moon at Nine by Deborah Ellis

And be sure to visit the other blogs participating in this blog hop:
at 5:00 PM